With the government reviewing current guidelines for alcohol, and consulting with organisations such as ourselves, we thought it would be a good idea to run a new feature on alcohol, with tips on making healthier choices, and an update on the current advice out there. 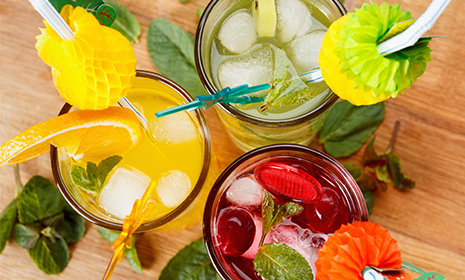 Previously, men and women had different recommendations regarding alcohol consumption.

However, it seems likely that the guideline for men will be reduced to match that of women -, plus. This aims to help lower the risk of developing illnesses such as cancer and liver disease.

Contrary to press reports that we should all drink some alcohol for health reasons - who hasn’t read an article claiming red wine is good for your heart? – the evidence simply doesn’t support this.

According to NHS England, the average wine drinker consumes 2000 calories from alcohol every month, and the average beer drinker - drinking 5 pints of lager a week - takes 44,200 calories, the equivalent of 221 doughnuts.

If you have diabetes, and are on insulin or medication that can cause hypoglycaemia (low blood glucose or ‘hypos’), you should be aware that alcohol makes hypos more likely as it stops the release of glucose from your

liver, something your liver would normally be doing 24 hours a day. Alcohol can also cause delayed hypos.

How clued up are you about alcohol and diabetes?

We’ve covered ways to prevent a hypo when drinking.

Your diabetes and drinking

If you have type 1 diabetes, courses like DAFNE can give you advice on how different types of alcoholic drinks can affect your blood glucose levels, and also suggest appropriate insulin adjustment and where this may be necessary. However, it is stressed on the course that people may respond to alcohol in different ways, and it’s advised that monitoring your blood glucose before and after drinking will help you to discover your own requirements.

ABV means alcohol by volume. The strength of alcoholic drinks has increased over the years, with new wines from South America, South Australia and South Africa containing 14% ABV or higher – this means that a bottle will contain approximately 10.5 units and 750 calories, and a large 250ml glass can be over 3 units and 200 calories.

Many labels on alcoholic drinks clearly depict the alcohol and calorie content so, just like food labels, it pays to look at them closely. 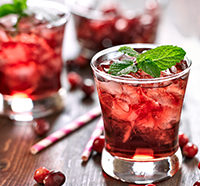 If you’ve ever been on a diet, you’ll know that alcohol rarely features in the menu plans. This is not to say that you can’t have the occasional drink whilst losing weight, just that drinking makes weight loss more difficult.

Do be aware that previously spirits such as vodka, rum, whisky, gin and brandy used to be served in 25ml shots (1 unit). This is no longer the case, with pub and restaurants usually serving 35ml and 50 ml measures which pushes up both the units and calorie content considerably.

Not only does alcohol contain lots of calories (these are basically ‘empty’ calories, with no nutritional value), but it also stops your body burning fat as all its attention is turned to burning off the alcohol.

Alcohol also reduces leptin production which may be the reason why drinking alcohol makes you feel hungrier, and more likely to tuck into a late night kebab, chips, or that second slice of chocolate cheesecake...

It also reduces your willpower - you are less likely to go for the healthier option when out for a meal, cooking a meal, or raiding the fridge at home.

Read on for some useful tips to keep the calories and alcohol down this summer:

10 tips for healthy eating with diabetes
Eating for diabetes and heart health
What can I eat with gestational diabetes?
Healthy eating