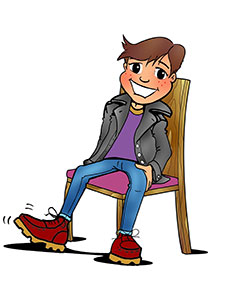 My mum's friend Farah came to visit the other day. When Mum offered Farah a cup of tea and slice of cake, Farah explained she couldn't have them because she was fasting.

Fasting is when a person doesn't eat or drink for a set period of time during special religious occasions.

Farah is a Muslim, which means she follows the religion of Islam.

Fasting is an important part of many religions, such as Islam, Hinduism and Judaism. 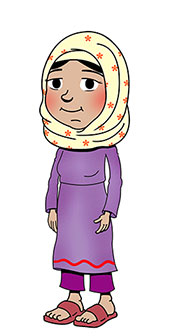 In Hinduism and Judaism, people tend to fast for one day at a time.

Farah says that, in Islam, Muslims fast for a whole month each year – the month is called Ramadan. During Ramadan, Muslims fast for all the hours of daylight – that means from when the sun rises in the morning and it gets light, to when it sets at night and it goes dark.

I asked Farah about Muslims with diabetes – I need to be careful about what I eat and have regular meals and snacks – would I have to fast if I was Muslim?

Farah explained that Muslim children do not need to fast until they get to their teens. And Muslims with diabetes don't have to fast at all, as fasting can make it hard to take care of yourself and your diabetes.

But Farah also said that some people with diabetes really want to fast especially if all their family and friends are fasting. So she said that they must speak to their doctor or nurse who will tell them how they can fast safely and if they need to change their insulin injections.