Rachel, a professional fundraiser at Diabetes UK explains how taking on one of her toughest personal challenges highlighted more than ever how rewarding fundraising can be. 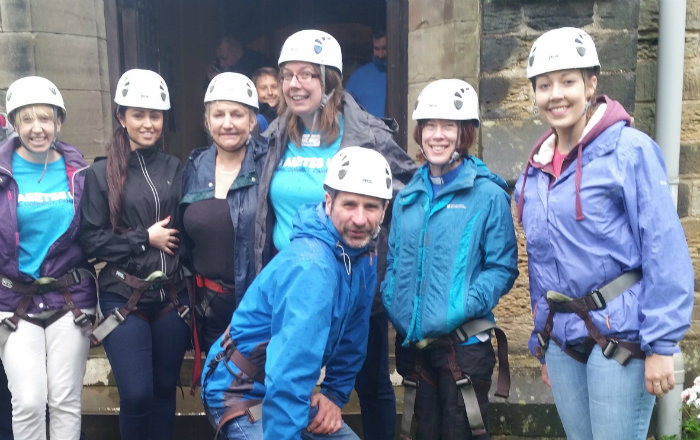 "I look down the 40ft face of the Underwood Church Tower, abseiling gear tight on my body and rain pouring down around me. My heart is thumping, pumping out my chest and I visibly turn white, flashbacks of when I was 14 and falling while abseiling down a rock face flashing through my head. I’m absolutely petrified, why have I agreed to do this charity abseil? Why, why, why?

Then I remember…I’m doing this for the millions of people living with diabetes day in, day out. I think of my mother-in-law who has Type 2 diabetes and struggles to keep her blood sugars below 10mmol, she’s now looking at changing medications for the third time this year.

I think of one my supporters who’s lived with Type 1 diabetes for over 40 years and remembers when he was a child, teachers refused to take him on school trips because of his condition.

I remember I’m doing this for the friends, family and colleagues who've given their hard earned money to sponsor me and make a difference. I’ve raised nearly £200 for Diabetes UK so far, I can’t let them down.

But what I remember more than anything is I’m doing this for the person who asked to me to face my fears in the first place, Ian Haslam. As a professional fundraiser I hear lots of inspirational stories and meet so many incredible people, and Ian is certainly no exception. The fact that he got me on top of a church clinging onto my harness for dear life says a lot about him, though.

It all began just over a year go...

...when Ian got in touch and asked me to support him with his plans to fundraise for Diabetes UK. He’d already arranged a cricket and golf day and was looking to organise an abseil down the local church tower during the Underwood Festival in July 2016. When I asked why he chose Diabetes UK he told me his eldest daughter, Amelia, was diagnosed with Type 1 diabetes when she was eight years old.

Ian, like so many parents whose children have been diagnosed at an early age with diabetes was deeply upset by his daughter’s diagnosis and worried what the future might hold for her. Although over the years Amelia had managed her condition well, Ian’s desire to help find a cure for his daughter’s diabetes never left him. He was determined to fight back against the condition she had in the only way he felt he could.

We discussed how Diabetes UK funds research. I told him that we’re still a way off from finding the cure to any type of diabetes, but that Diabetes UK is the largest charity funder of diabetes research in the UK. That we fund roughly £7million of research each year with ambitious plans to expand on this over the next five years. I explained how although we’re doing all we can to research new treatments and ultimately the cure to diabetes, we rely on the precious supporters like Ian who make our work a reality.

We chatted many times as Ian planned his fundraisers and he’d always ask me ‘Have you found the cure for my daughter yet?’, and my response would always be ‘We’re working on it!’.

One of the reason’s Ian has been so inspirational to me is because in January 2016 I was told by one his close friends that he’d been diagnosed with myeloma, a type of cancer. I was shocked and concerned by the news, Ian was a friend. I was ready to help him cancel the events he’d planned, so he could concentrate on treatment and spending time with his family. Instead he told me he wanted to focus more than ever on fundraising for Diabetes UK to help find the cure to diabetes he wanted so much for his daughter. 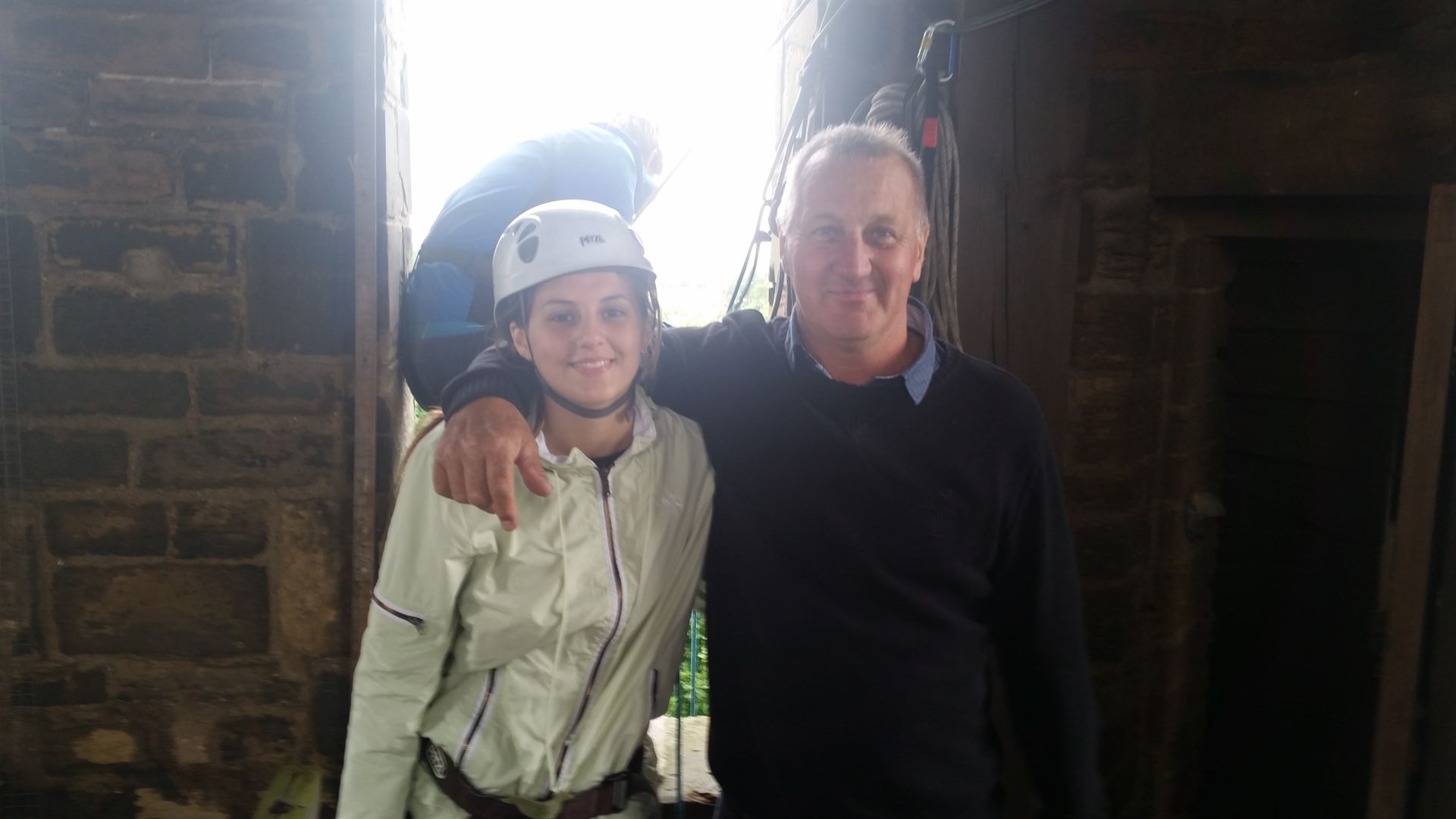 Ian’s strength, love for Amelia and selflessness was and remains inspirational to me in many ways.

So when he asked me to be the first to abseil down the church tower I knew I needed to do it. I needed to find the strength to face my fears, for far more people than just me.

So, as I looked down the 40ft face of the Underwood Church, I took a deep breath, leaned over the edge and started my descent, eyes closed and full of fear.

I couldn’t get down the tower fast enough and once I finally reached the bottom, which felt like it took an eternity, I was relieved to hear the sound of applause and feel the grass beneath my feet.

I cried tears of relief that I hadn’t fallen like I did so many years ago. But I also felt an overwhelming sense of pride in what I’d done for everyone who relies on Diabetes UK, everyone that lives with the condition, my generous sponsors and most importantly, Ian and his family.

I felt proud to have done something that so many people do with my help on a regular basis, which can so easily be taken for granted."

If Rachel’s experience has inspired you to take on your own fundraising journey, order your fundraising packand find out how you can make a difference to people affected by diabetes, your way.