I'm thrilled to say my best friend, my brother, is still here 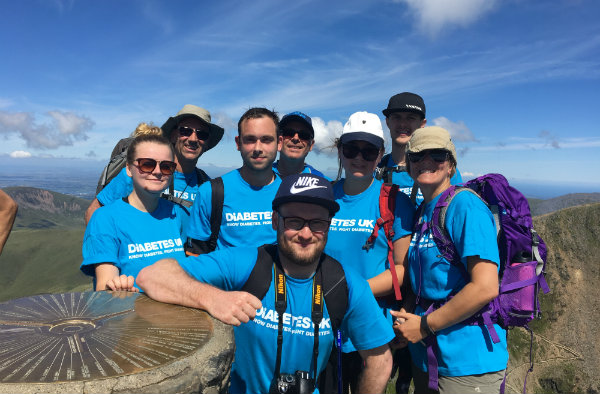 I can't remember life without the condition

Louise Turnbull understands diabetes. She’s lived with Type 1 since the age of five and it’s become second nature for her now, “I’m grateful to have developed my diabetes at such a young age as I can’t remember life without the condition”.

Her brother Luke, however, was diagnosed with Type 1 diabetes at the age of 19. Adding a complex and unrelenting responsibility into your life at an age when your main focus is being care free, in Louise’s eyes, is an incredibly difficult adjustment, “my older brother got the worse end of the deal by being diagnosed later in life in my opinion”.

Five years ago the Turnbull family experienced just how dangerous diabetes can be.

The life support machine was keeping him alive

Having come home from a night out with friends Luke went to bed for recovery and rest, but woke up in the early hours of the morning realising he was having a hypo in his sleep. 12 hours later he was found in his room having collapsed and was rushed to hospital in a diabetic coma.

Luke’s body, starved of glucose, had shut down as he got up and only by pure chance had he fallen in a position that kept his airways open so he could breath.

Luke was taken to an intensive care unit, his parents by his side with family and friends visiting in a state of shock. They were told the life support machine was the only thing keeping him alive. For over a week everyone close to Luke tried to come to terms with what had befallen a young man in the prime of his life.

Unexpectedly, and thankfully, the next day Luke opened his eyes.

Luke was awake but couldn’t speak, walk or recognise his family. He had to relearn many of the things we take for granted all over again. Though recovering quickly Luke began having seizures and was diagnosed with epilepsy shortly after.

To shine a spotlight on the dangers of diabetes 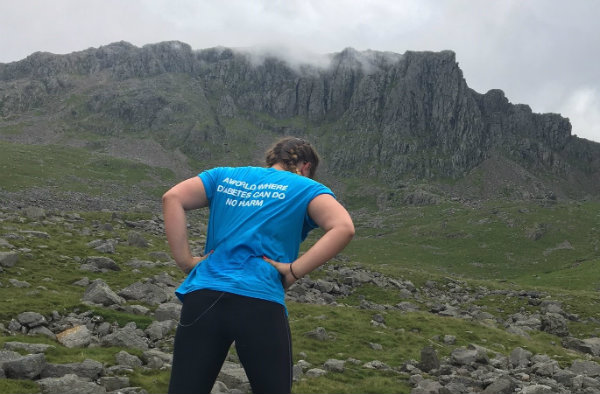 The Three Peaks is tough but rewarding

After going through so much the Turnbull’s wanted to do something to mark 5 years of Luke’s recovery and to shine a spotlight on the seriousness of Type 1 diabetes.

So with the support of her colleagues at Rolls-Royce, family and friends Louise took on the beautiful yet gruelling Three Peaks Challenge.

The eight strong team included Louise’s dad, friend Clare and boyfriend Tom, Luke and friend John, as well as Aunt Susan, Uncle David and Louise’s mum, who is currently undergoing treatment for breast cancer, joined them to scale Ben Nevis after they had completed Snowdon and Scafell Pike.

Louise has already raised more than £3,700 and is committed to continuing her fundraising efforts.

“It’s Luke’s journey that really inspired me to raise money for Diabetes UK. Now, five years on, I am absolutely thrilled to say my best friend and my brother is still here, he’s one of the happiest people I know and without doubt the biggest inspiration in my life." 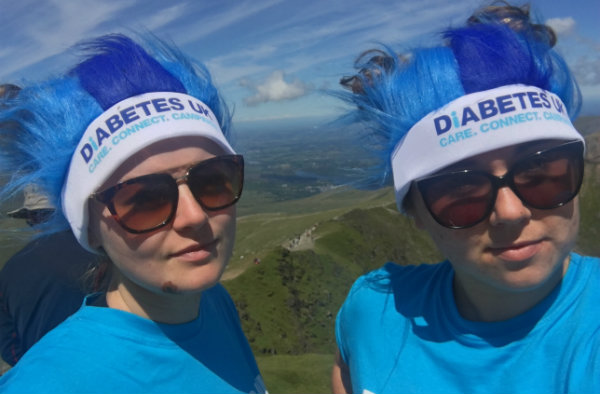 Clare and Louise are true champions of the cause

“This fundraising challenge was epic and a real show of team work and endurance. We are very grateful to Louise and the whole team for raising so much money for Diabetes UK and the other worthy charities. It helps us fund vital research, support people living the condition and work towards reducing the high number of people developing Type 2 diabetes."

Or if Louise has inspired you to get involved then order aorder a fundraising packand find out how you can make a difference.