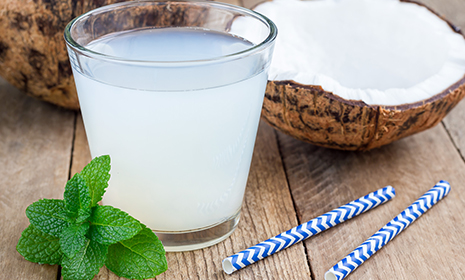 Many of you will have noticed the dazzling array of ‘health and wellbeing drinks’ that have hit the supermarket shelves over the last few years.

Such drinks include coconut water, and vitamin and mineral-enriched beverages.

The UK soft drinks industry is worth over 14 billion pounds, and half of all fizzy drinks now produced are branded ‘low calorie’.

Our consumption of lower-calorie options has increased, largely due to people becoming more health conscious - with heightened awareness of sugar content, we now demand healthier options.

The World Health Organisation’s recommendation in 2015 for reduced sugar intake has undoubtedly helped to drive this movement and sales of ‘full sugar’ drinks in the UK have dropped as a result.

Hypo treatment aside, it’s important to switch from ‘full fat’ to ‘no-added-sugar’ alternatives. Thankfully, you can now find low-sugar flavours in stores such as pink lemonade, ginger beer, traditional lemonade, and cherry.

However, many of you will also have noticed so-called ‘health drinks’ making their mark on supermarket shelves… 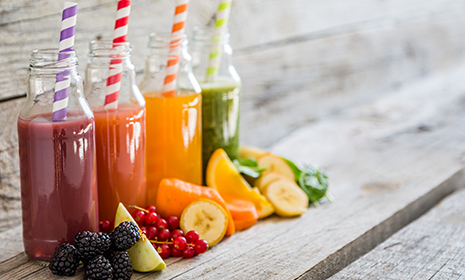 Often marketed as ‘super drinks’, and claiming a wide variety of health benefits, our spending on these products has increased year on year, indicating the ‘healthy lifestyle’ message clearly resonates with shoppers.

It’s important to add that ‘super drink’ - just like ‘super food’ - is not legally recognised, it’s purely a marketing term.

Some products that are labelled as ‘super’ may have some health benefits, but no more than those in naturally-occurring foods, which are often cheaper.

We chose a cross-section of 'health' drinks for closer inspection...

Being such a popular drink, and representing an annual market worth of 100 million, we have featured four different brands of coconut water.

Our annual spending on coconut water has surged from 3.9 million to 33 million in 3 years. More recent figures suggest that in the last year we spent a staggering 64 million pounds on coconut water alone.

*These nutritional values were accurate at the time of publication, but some of these values may have changed. Please check the food labels for the latest nutritional information.

This drink has added fructose

This drink is sweetened with an artifical sweetener

What exactly is coconut water?

If you’ve ever won a coconut at a school fete, you are probably aware that coconut water is the clear liquid in the fruit’s centre, which is tapped commercially from young, green coconuts.

People with diabetes can drink coconut water but, as you can see from the label, it does contain calories, carbs and the ‘free sugars’ we all should be cutting down on. As you can see though, these are significantly lower amounts compared to orange juice.

Be sure to check the label as some do have added sugars which can drastically bump up the sugar content. With the average ‘free sugar’ content of a 250ml glass being almost 11g (when adults should consume no more than 30g of free sugars a day), you can see that you still need to drink these in moderation. As with all juice drinks, limit coconut water to one small glass (250ml) a day. 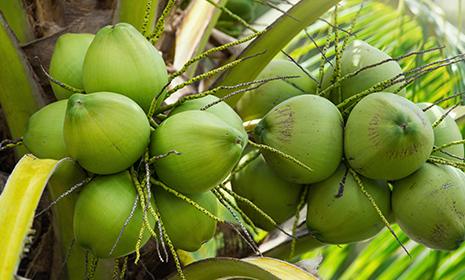 How does it compare?

Though a fairly small amount compared to more calorific drinks like other fruit juices, sugary fizzy drinks, alcoholic beverages, lattes and cappuccinos, this could soon add up, especially if you find yourself consuming more than a small glass a day.

There is no scientific evidence to support the multitude of health claims made about cocunut water.

If you use coconut water to help keep hydrated during sport, bear in mind that it’s lower in carbs and sodium compared to others sports drinks, so may not contain enough carbohydrate for your activity, or adequate sodium to replace that lost in sweating.

Nutritional requirements for sport vary according to the time and intensity of your activity, so do seek advice from your healthcare professional.

As with all claims attached to food and drink, it’s wise to look at the scientific evidence behind the claims, and seek advice from your registered dietitian.