Radical from the beginning, the charity aimed to ensure that everyone in the UK could gain access to insulin, whatever their financial situation. Its mission statement was "to promote the study, the diffusion of knowledge, and the proper treatment of diabetes in this country." The discovery of insulin was made years earlier, by Sir Frederick Banting, with scientists Charles Best, John Macleod and James Collip.

The Diabetic Association campaigned for the creation of the National Health Service and argued that people with diabetes should take an active role in managing their condition.

In 1939, the first diabetes voluntary self-support group was set up. There are now over 400 local voluntary groups, providing support and information to people with diabetes across the UK. 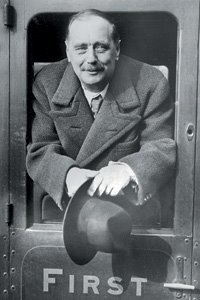 A journalist, sociologist, historian and author, HG Wells wrote more than a hundred books including 'The Invisible Man', 'The War of the Worlds' and 'The Time Machine'.

His futuristic, prophetic visions grappled with the profound choices faced by mankind in respect of science, technology, war and social order on a global scale.

Wells's diagnosis of diabetes (distinctions of Type 1 and Type 2 did not exist then) came in his early 60s, around 1930, and led to him giving up his teaching career.

In July 1931, he became a private patient of the famous physician RD Lawrence and in 1934, he announced the formation of the Diabetic Association via a letter to The Times newspaper. 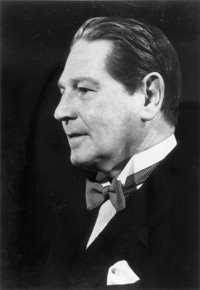 When Dr RD Lawrence was diagnosed with diabetes in 1920, there was no effective treatment for the condition. It was only the discovery of insulin in 1922 that saved his life.

After being appointed Biochemist to King's College Hospital in 1923, Lawrence set up a 'diet kitchen' where patients could learn about diets and injections.

In 1925, he published the first edition of 'The Diabetic Life', and went on to publish a further 16 editions, with the 17th edition being published in 1965.

In 1934, he co-founded the Diabetic Association, now known as Diabetes UK, with HG Wells.

Letter to 'The Times'